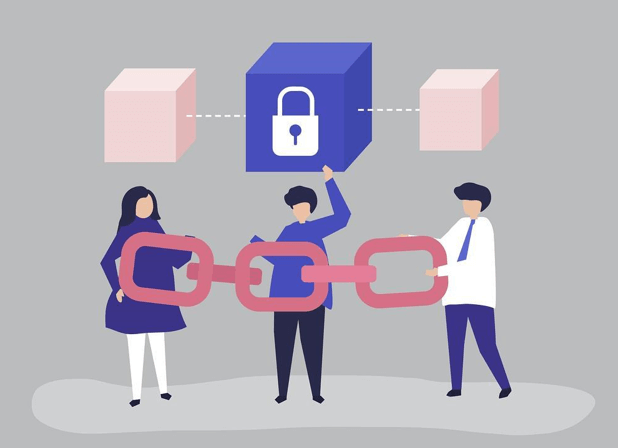 The digital era has been slowly but surely up-rooting the whole banking and finance sector. Blockchain technologies and cryptocurrencies have been playing the largest role with it, giving banks the options to better compete with fintech and enhance profit. Blockchain is a decentralized ledger which registers every transaction that happens between all digital devices around the globe. All transactions made through this technology inhibit modification of said transactions, increasing security, transparency and speed up the process of information exchange. It is best known for its application in the formation of Bitcoin and other cryptocurrencies. This technology is mostly characterized by its distribution among all possible participants in the network, meaning that the data going through the ledger is not stored or controlled by only one centralized source. Every individual involved can have a copy of the ledger and access all the transactions, while making it impossible to go back and forth with the data and try to change or corrupt the transactions. Blockchain has been the reason for creating thousands of job opportunities, as it has expanded a lot of already existing sectors in the job market, and it has given the space for new start-ups to form, ranging from healthcare applications, to mobile payment apps, and other technological solutions.

The technology has been in development since the 1970s, and the idea started with Ralph Merkle, proposing an approach to public key distribution and digital signatures called "tree authentication". After that, multiple people have contributed to the development of the technology, but Ralph Merkle was the first person to patent an idea related to it. The technology boomed in2009, with Satoshi Nakamoto, a pseudonym for an individual or a group of individuals, publishing a white paper with all basic introductory information about Bitcoin and blockchain technology. Bitcoin and other crypto currencies took hold after 2010, and from 2016 to this day, they have become mainstream. As we mentioned before, blockchain technology is known a lot for cryptocurrency and specifically bitcoin. Bitcoin and cryptocurrencies have affected specifically the centralized banking system, but have not been involved or implemented on it. It was designed to solve problems such as identity confirmation and issues of trust, prevention of making changes from unauthorized parties in regards to chain of transactions, and keeping a clean record of the latest correct information and transactions history, double spending and so on.

Even though blockchain is known for its role in cryptocurrencies, it has a lot more ways it can be implemented in the banking industry. Traditional banks have isolated systems which result in a lot of manual work and other manual processes. Blockchain implementation can help eliminate manual processes or at least minimize them if not implemented fully. It gives the opportunity to streamline complex workflow and optimize internal and external processes. Considering that blockchain is basically a transparent ledger, and working in accounting is majorly based in record and data keeping, it can have an impact and improve efforts by freeing up resources. This can also help save time and create lower overhead costs. Blockchain allows increased and additional forms of security and data protection, while maintaining even more transparency. There are significantly reduced chances of successful DDOS attacks. If well designed and properly regulated, this technology could support faster and more efficient ways of payment, while simultaneously including more inclusive payment options with added layers of security. It could potentially provide banks with a deeper understanding of the loopholes in their system and what they need to improve within the system. Contact us through our website if you want to share any ideas with us!